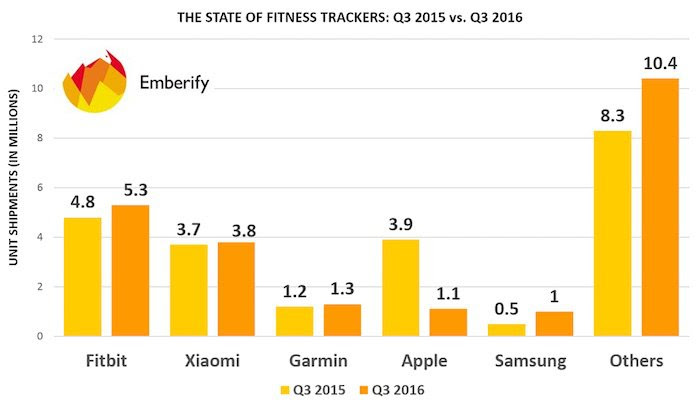 The State of Quantified Self in 2016

Here are some selected bits from “The State of Quantified Self in 2016” report that came out this week.

The fitness tracking market is dominated by simple wearables with less than 15% of shipped units being high end smartwatches.


Garmin is kicking butt. They jumped from 2% – 21% marketshare in a one year window.